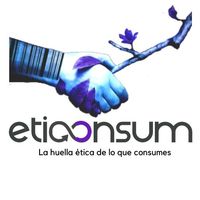 Although the use of these products is legal, the problem arises when agrochemical residues remain in the products that are available for sale and consumption by people.

To prevent pesticide residues from being present at levels that may pose an unacceptable risk to humans and animals, the European Commission has set and harmonized, since 2008, the maximum residue limits (MRLs) of pesticides allowed in food and feed in the European Union and has established that the member states of the European Union carry out surveillance and control programs of residues in food and feed.
help edit more_horiz
Methodology
We will "assign a" "YES" "to this question if:

- The company declares that it establishes pesticide residue rate limits lower than those legally allowed on its "" non-bio "" fruit and vegetables.

- The company declares to establish concrete objectives to establish lower pesticide residue rate limits than those legally allowed in its "" non-organic "" fruit and vegetables. The objective must have a specific deadline.


This information can be found in any of the following reports published on the companies' website: