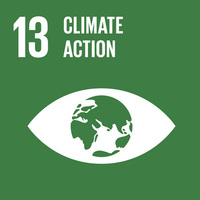 TAKE URGENT ACTION TO COMBAT CLIMATE CHANGE AND ITS IMPACTS

13.1 Strengthen resilience and adaptive capacity to climate related hazards and natural disasters in all countries

13.a Implement the commitment undertaken by developed country Parties to the UNFCCC to a goal of mobilizing jointly USD100 billion annually by 2020 from all sources to address the needs of developing countries in the context of meaningful mitigation actions and transparency on implementation and fully operationalize the Green Climate Fund through its capitalization as soon as possible

13.b Promote mechanisms for raising capacities for effective climate change-related planning and management, in LDCs, including focusing on women, youth, local and marginalized communities