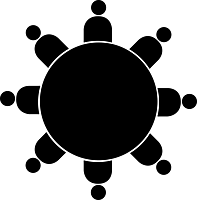 Governance comprises all of the processes of governing – whether undertaken by the government of a state, by a market or by a network – over a social system (family, tribe, formal or informal organization, a territory or across territories) and whether through the laws, norms, power or language of an organized society. It relates to "the processes of interaction and decision-making among the actors involved in a collective problem that lead to the creation, reinforcement, or reproduction of social norms and institutions". In lay terms, it could be described as the political processes that exist in and between formal institutions.

Corporate organizations often use the word governance to describe both:

Corporate governance consists of the set of processes, customs, policies, laws and institutions affecting the way people direct, administer or control a corporation. Corporate governance also includes the relationships among the many players involved (the stakeholders) and the corporate goals. The principal players include the shareholders, management, and the board of directors. Other stakeholders include employees, suppliers, customers, banks and other lenders, regulators, the environment and the community at large.

Most Ethical Companies
Research
278 993
keyboard_arrow_down
Export: json
Content is available under the Creative Commons- Attribution 4.0 International License; additional terms may apply. See Terms of Use for details.
WikiRate is a registered trademark of The WikiRate Project e.V., a nonprofit organization based in Berlin, Germany.
Legal: Privacy Policy | Licensing | Disclaimers | Terms of Use | Notice Powered by Decko