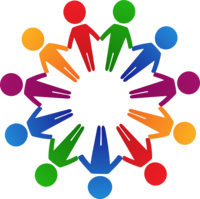 Collective bargaining is a process of negotiation between employers and a group of employees aimed at agreements to regulate working salaries, working conditions, benefits, and other aspects of workers' compensation and rights for workers. The interests of the employees are commonly presented by representatives of a trade union to which the employees belong. The collective agreements reached by these negotiations usually set out wage scales, working hours, training, health and safety, overtime, grievance mechanisms, and rights to participate in workplace or company affairs.

The union may negotiate with a single employer (who is typically representing a company's shareholders) or may negotiate with a group of businesses, depending on the country, to reach an industry-wide agreement. A collective agreement functions as a labour contract between an employer and one or more unions. Collective bargaining consists of the process of negotiation between representatives of a union and employers (generally represented by management, or, in some countries such as Austria, Sweden and the Netherlands, by an employers' organization) in respect of the terms and conditions of employment of employees, such as wages, hours of work, working conditions, grievance procedures, and about the rights and responsibilities of trade unions. The parties often refer to the result of the negotiation as a collective bargaining agreement (CBA) or as a collective employment agreement (CEA).

Discloses Prevalance of Collective Bargaining Violations
Research
250 250
keyboard_arrow_down
Export: csv / json
Content is available under the Creative Commons- Attribution 4.0 International License; additional terms may apply. See Terms of Use for details.
WikiRate is a registered trademark of The WikiRate Project e.V., a nonprofit organization based in Berlin, Germany.
Legal: Privacy Policy | Licensing | Disclaimers | Terms of Use | Notice Powered by Decko