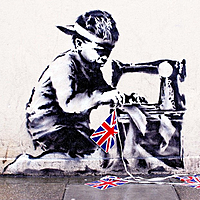 The Modern Slavery Act became law in the UK on 26th March 2015. Under Section 54 of the legislation, a commercial organisation that has an annual turnover of over £36 million and with operations in the UK has to publish a slavery and human trafficking statement each year. The statement should set out the steps the company has taken to ensure there is no slavery or trafficking in its supply chains and its own business, or state that it has taken no such steps.

The legislation does not prescribe what these statements should include, but provides some suggestions that the statement describe relevant policies, due diligence processes, risk assessment and risk management mechanisms, training programmes, and the means by which the company measure the effectiveness of these approaches. Guidance issued by the Home Office also provides additional support for companies.

To evaluate the quality of Modern Slavery Statements that are produced by companies in accordance with the Modern Slavery Act. This year we want to establish a baseline against which we can measure the impact of Section 54 on companies, and in turn, on modern slavery.

What is modern slavery?

Modern Slavery is a term used to describe various offences, including forced labour, slavery, servitude, and human trafficking. The offences are set out in section 1 and section 2 of the Act.

Find out more about modern slavery:

Check out the following example company to see how the project organisers have researched these metrics:

Watch the tutorial on adding to this research project: